I’m back in Asheville once again.
As the Tin Man said to the Scarecrow, “That’s you all over.”

I sold Murphy for a mere pittance. Thanks and g’bye Murphy, ol’ girl. It was fun while it lasted.

The sticking point for me was that in the weeks I had it on craigslist, and lowering the price nearly every day, Murphy was running perfectly. Beautifully. The idle was fine. She ran just fine. But I do think that’s because the temperature was dropping outside, moving toward winter. Murphy always did run a little better when she was cold. But it’s no longer a sticking point. It is what it is, it’s done and I had fun.

I left Salem via Portland early in the morning and flew about four and a half hours before reaching Chicago, where I was to catch my connecting flight.

I’d always heard the Great Lakes were enormous, but I still had no idea. Lake Michigan truly looked like the ocean. I could not see the far shore… and I was in the air. That is a huge lake. Amazing.

So, here I am in Asheville. I don’t know how long I’ll stay. I suppose it’ll depend on whether or not I can get a job. I do need to reload the coffers for future travel….. oh, yeah, and feed myself. Don’t want to sponge off the kids though they’ve welcomed me with open arms.

Also, as someone who loves to walk and to travel, it’s vital that I get this damned Achilles tendinopathy healed up. It’s been dragging on for two years now and I’m dead tired of it. Staying off my foot as much as possible and doing stretches and exercises will hopefully take care of it. But it’ll take time.

Now that I’ve adjusted a bit to the time change and settled into the cozy little room my lovely daughter and her family have provided me, I’ve started working on getting my Etsy site up and running again. It’s been a bit straggly for a while. Working on my Etsy site means sewing, too, and that makes me happy. I do love creating with a sewing machine. 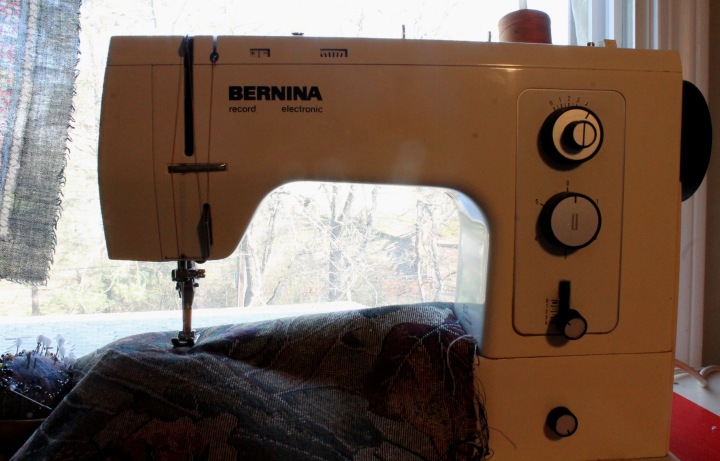 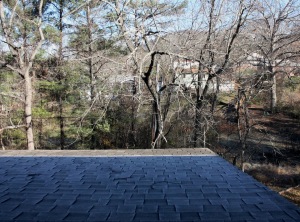 Here’s my view from the machine.  The sewing machine, that is.

I’ll take my travel opportunities when I can get them. They generally require at least a modicum of money, so that’s what I’ll work on now.
It’s all good. Often a change in direction brings new adventure…. if you’re open to it.