I had to get out of the house. I haven’t been walking much lately because I’ve got Achilles tendinitis – walking only aggravates it.  Because of the tendinitis I just haven’t been doing much…..and going bonkers. Actually, I take that back (the not doing much part…..the bonkers part still stands) – a couple weekends ago I drove up to Oakland and stayed a few days with Lin and had a wonderful time (pics coming soon!).
But yesterday (Sunday) was a gorgeous day and staying indoors was not an option so I decided to make my day’s project a drive down to Big Sur to hunt down Nepenthe.
Here is Dictionary.com’s definition of nepenthe:
1. a drug or drink, or the plant yielding it, mentioned by ancient writers as having the power to bring forgetfulness of sorrow or trouble.
2. anything inducing a pleasurable sensation of forgetfulness, especially of sorrow or trouble.
…….no, I didn’t go looking for drugs…..
I went looking for a restaurant.

Are you looking up or down?

I’d learned of the restaurant through reading about Kaffe Fassett, of whom I’ve been a fan for….well, decades, really.  Kaffe (rhymes with safe) Fassett is my needlepoint, knitting, mosaic, quilting, color hero.  He is outrageously talented and has been such an inspiration to me for years.  Look him up at kaffefassett.com and you’ll see why.
Here’s part of the storied history – his parents bought the property from Orson Welles and Rita Hayworth who’d bought it on a lark while traveling through the area and then never returned to it.  I guess that’s the sort of thing you can do when you’re fabulously wealthy….. Kaffe’s parents (Bill and Lolly – love that name!) bought the land from them after much finagling – Orson and Rita were divorced by then and not speaking to each other and had no interest in cooperating with the sale of the property  ….I guess that’s also the sort of thing you can do when you’re fabulously wealthy…..
But they finally got the deed and built the restaurant.  Part of the movie The Sandpipers with Richard Burton and Elizabeth Taylor was filmed there.  Also, prior to all of this, the novelist Henry Miller lived in a cabin on the property just a bit away from the site of the restaurant.  So, it’s got a bit of an interesting history.
Anyway…..it seemed like a fun goal for the day…… 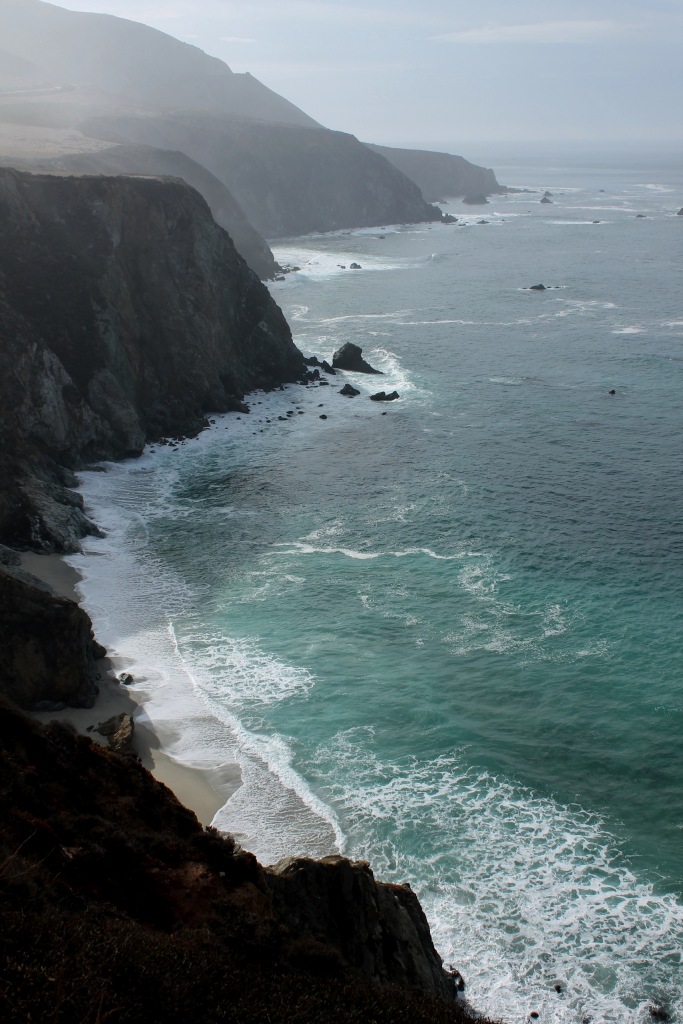 ….and it was.  Highway 1 in California is so difficult to drive.  I mean, it’s not a treacherous road, though it is windy and narrow.  No, it’s difficult to drive because there’s so much beauty all around, it’s hard to keep your eyes on the road.  I wanted to pull over practically every twenty feet to take pictures.  This was definitely a good spot to stop.

I was mesmerized by the way the foam formed into circles here. 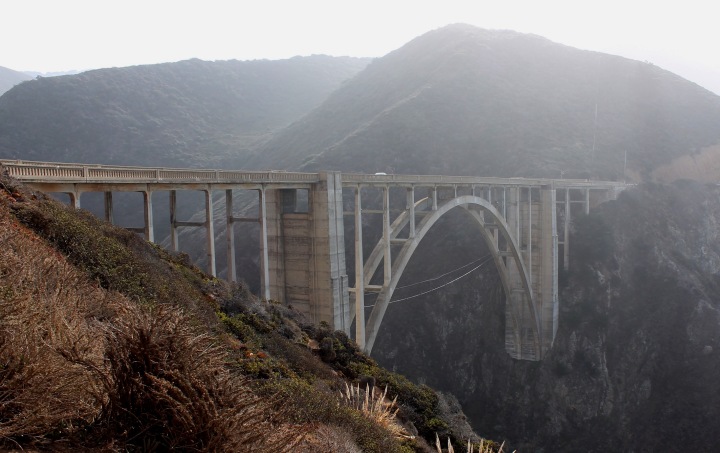 This is Bixby Bridge, built in 1932.  It’s one of the tallest single-span bridges in the world…..and one of the most photographed on the Pacific Coast.  It’s easy to see why.  As you round a curve in the road heading south, it’s just stunning.

I think it would be fun to scramble down there and look through that natural tunnel…yeah, right …just take a few years off me, heal up my foot and give me a wet suit, because that water’s cold, cold, cold….

That’s the Point Sur Lighthouse at the tip of that rock.  I don’t think you can really call it an island….

And I found Nepenthe.  Such a beautiful setting. 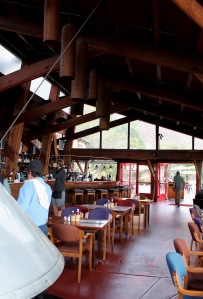 ….and some of the quirky things for sale…. 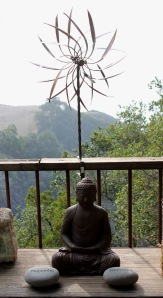 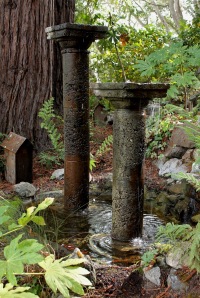 ….and some of the beautiful, relaxing places to ponder. 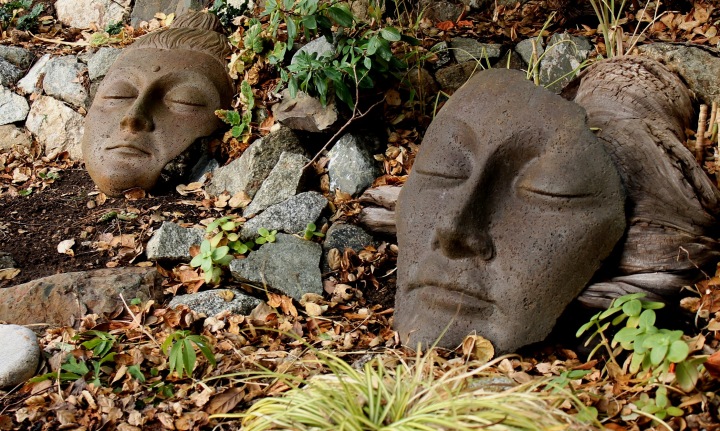 I tore myself away from here and drove back north and joined with my fellow knitters at my knitting group in Pacific Grove, then drove home.
So glad I went on a treasure hunt…..I found treasure!