About three weeks ago I drove up to Lin’s on a 3-day weekend and (of course!) had a wonderful time. One day we went to San Francisco with Jamie (her long time dear friend who’s become a dear friend of my own) and had a lovely day. First we picked up Jamie then parked the car at the BART station nearby and took the BART in to San Francisco.  Emerging from underground we were treated to a most beautiful blue sky…

We passed by City Hall ↓ on our walk to a burg of San Francisco called Hayes Valley where we met up with Lin’s nephew, Andrew and his girlfriend, Lianna.

Here’s some architecture along the way. 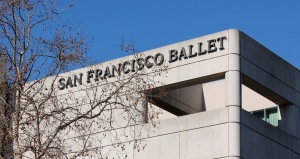 ↑ This was a renovated apartment building.  It’s amazing what you can do with plywood.  Such an innovative idea.

After visiting for a bit at Andrew and Lianna’s place, we all walked out to have lunch at a wonderful restaurant named Absinthe (I think as a friendly nod to my favorite drink).  It’s a richly decorated and colored place, but I was mostly obsessed with the tile floor – it reminded me of so many places I’d seen in Ha Noi.

After a scrumptious lunch we walked to a local park where the most unusual tree I’ve ever seen grows…. 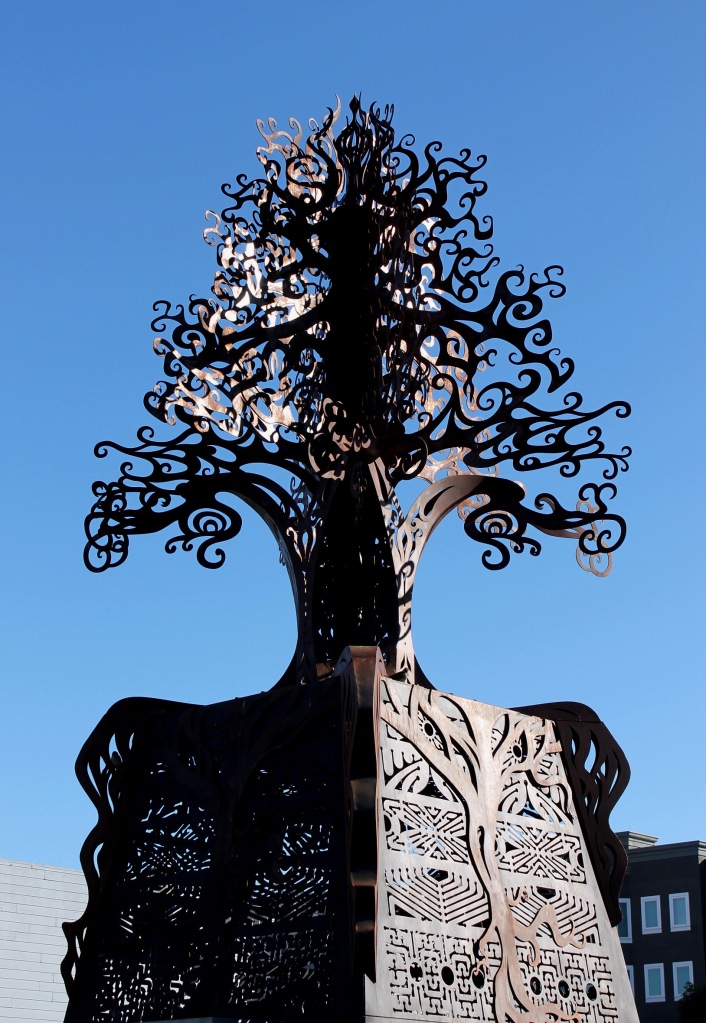 It’s called “Future’s Past,” is about 24′ tall and is a “sculptural modern ruin, an architectural artifact found in the future” …..and very cool.
Here’s a view from the inside…. 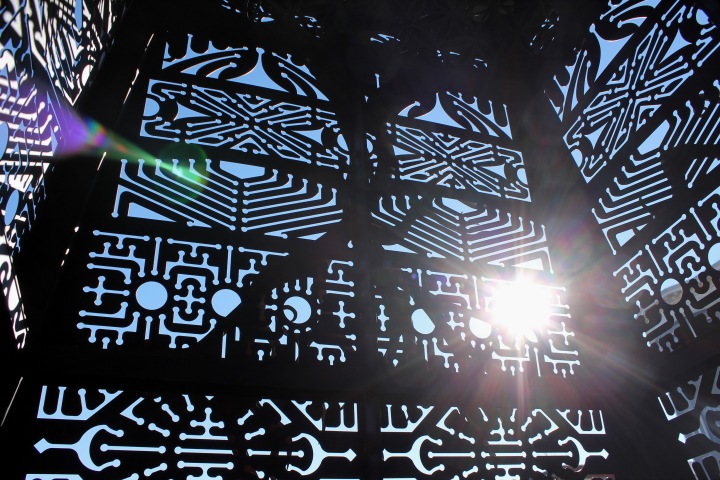 I love public art.
Lin, Jamie and I parted company here with the delightful Andrew and Lianna.

On our way to meet up with Jamie’s partner, Peter, we passed by …..

…the auditorium where they record “City Arts & Lectures” (I love that show!).

We were on a bit of a time constraint due to previously made plans, but were able to spend some exquisite time perusing the Asian Art Museum….

….which had been designed around 1917 originally for use as the Main Library.  In 1987 plans were begun to move the museum there due to the fact that the collection was outgrowing its housing in the de Young Museum in Golden Gate Park.
After a massive re-modeling which included removing some interior walls and creating a central, very  modern, skylight the collection was moved to this location which gave it an increase in space of about 75%.
And here we go…. 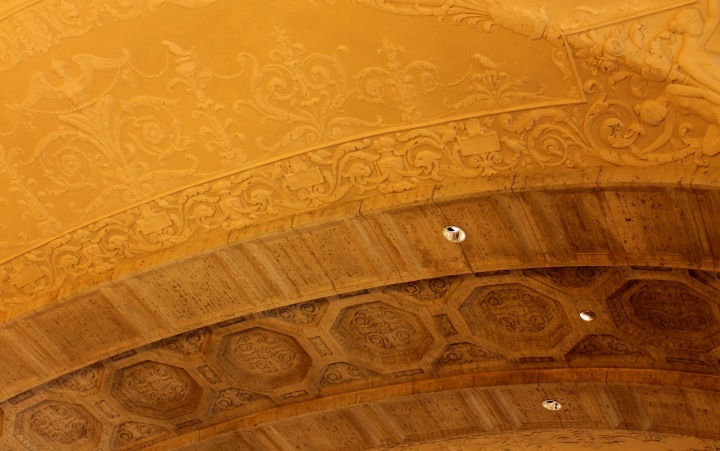 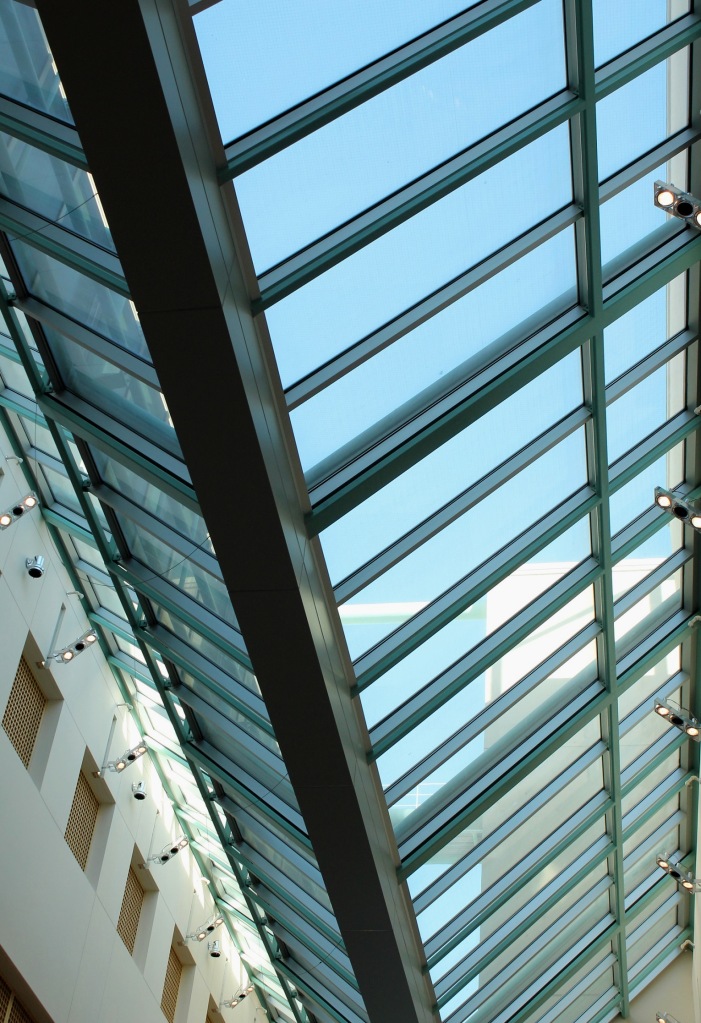 I love that juxtaposition. 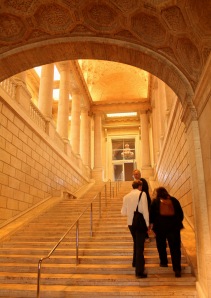 After drooling over all the eye candy that is the museum itself, we strolled past a ceramics display. 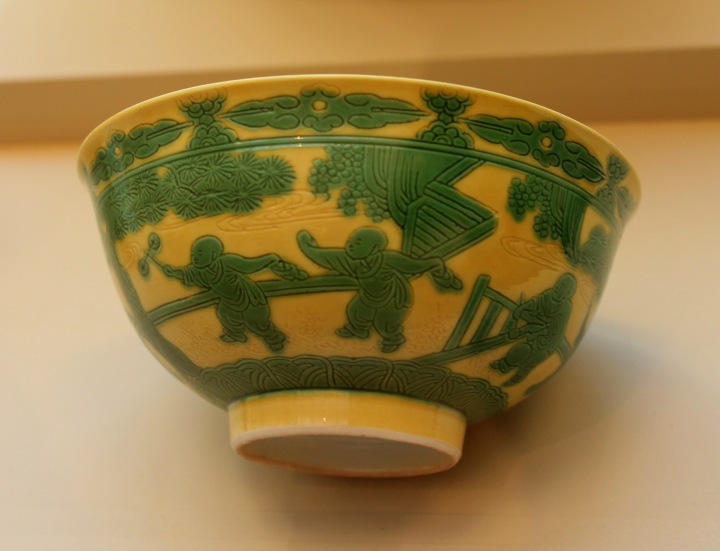 These were (I think) some sort of ‘snuff ‘ boxes made from ceramic, bamboo, metal, enamel….  Beautiful, intricate work. 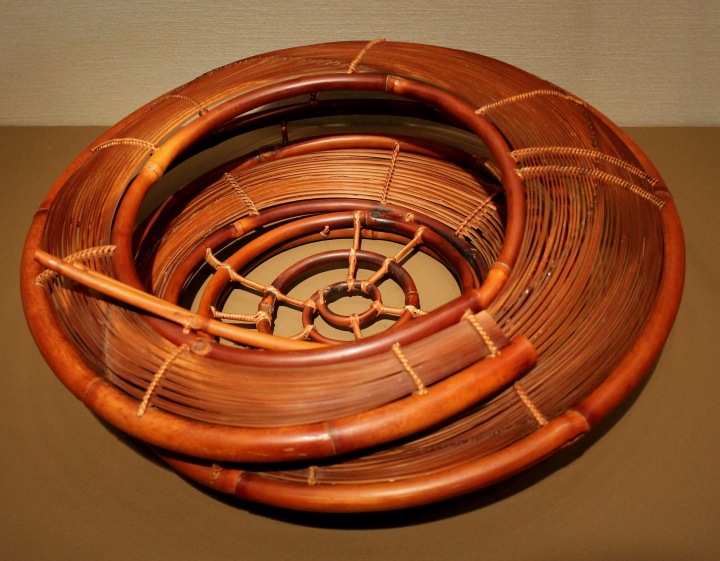 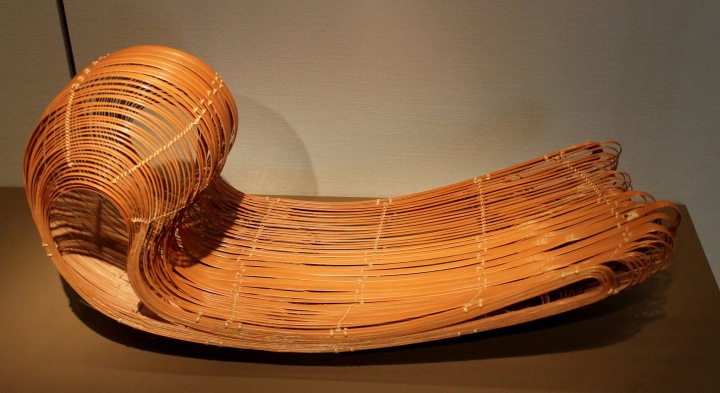 After our brief and enticing excursion to the museum, we walked to Peter’s car and he drove us all back to the Berkeley BART to Lin’s car.  On the way back we went over the newly opened Bay Bridge… 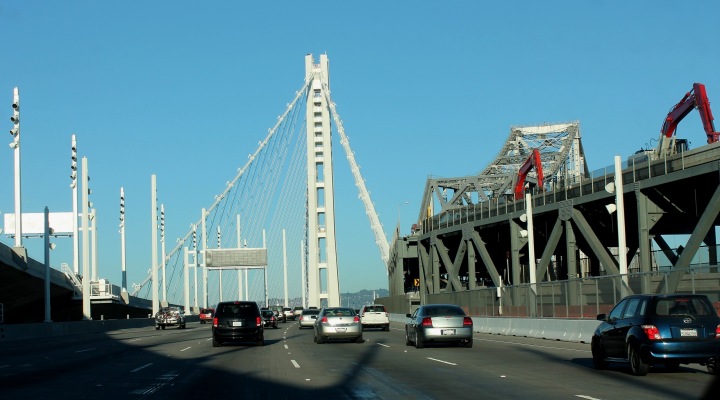 The old Bay Bridge, which is slowly being deconstructed, is on the right.

Here’s the new bridge (replete with bug splat on the windshield!)…

I have to say it was something akin to a perfect day.  Beautiful sights to see, wonderful, giving, sharing, warm, witty friends, lovely weather.  What a treat.  Thank you all!