Chico’s my hometown…. my ‘grown-up’ hometown…..if I can say I’ve grown up. 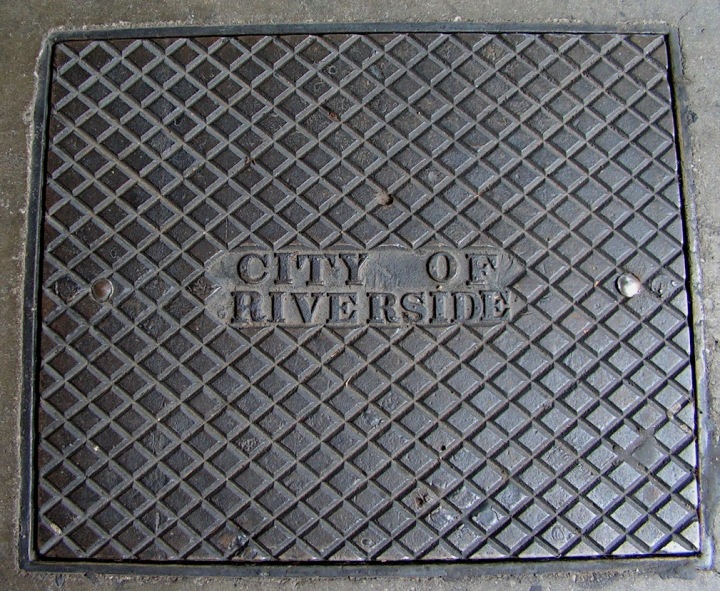 But my childhood hometown is Riverside, California. I’ve been there a few times recently and I’d like to share a few pictures of it with you because I think it’s beautiful. Well, old downtown is beautiful, anyway….. 😉  Whenever I’m in Riverside, I must go to the Mission Inn.  I love it.  It holds a place in my heart.  When I was in high school the Inn was quite run down.  Friends and I used to roam around inside the building, exploring through tunnels and doorways.  From what I understand it was being considered for demolition because of its state of disrepair.  Thankfully, that never happened.  I don’t know the detailed history of it (and have found surprisingly little about it online), but from what I’ve heard, someone with a wad of cash came along (I believe some time in the 1990’s or early 2000’s) and saved the day, basically and returned it to its original purpose: a hotel.  It was never an actual mission.
Construction began in 1902 and took 30 years to complete.  Its architecture is modeled after the Spanish/Moorish style.  Here are a few pics of the outside.  While I used to run around freely in the place years ago, it now costs $$ to gain a ‘tour’ of the inside.  It’s all hoity toity now, but…..at least it’s preserved and I’m grateful for that. 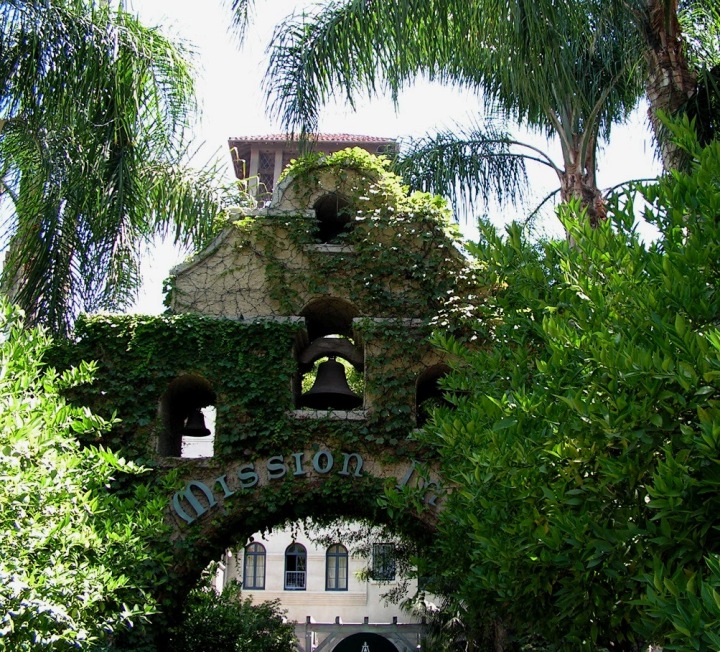 These mission bells are Riverside’s city symbol.  You see them everywhere.

The building looks pink because the sun was shining quite brightly and, as you can just barely see at the bottom of the picture to the left, there were red umbrellas which reflected pink light onto the building. 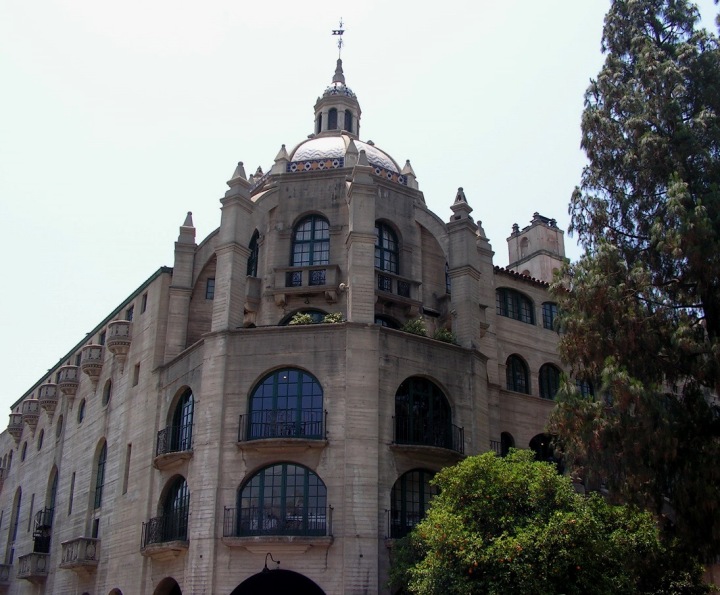 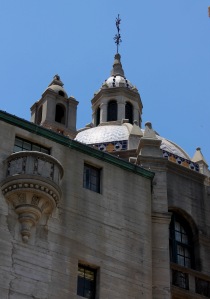 Here begins a sort of 360° view beginning at the rear side of the dome….if that makes any sense…..

I love this bridge.  It stems from the Mission Inn itself (at the right) to a building which name I ought to know by now, but don’t (at the left). 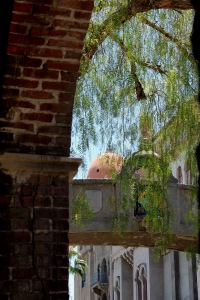 Pepper trees abound in Riverside.  I just love them.  They really do have a bit of a peppery aroma when they’re in bud.  Very lacy.  Very grand trees.

This one’s growing through an opening in the building near the bridge. 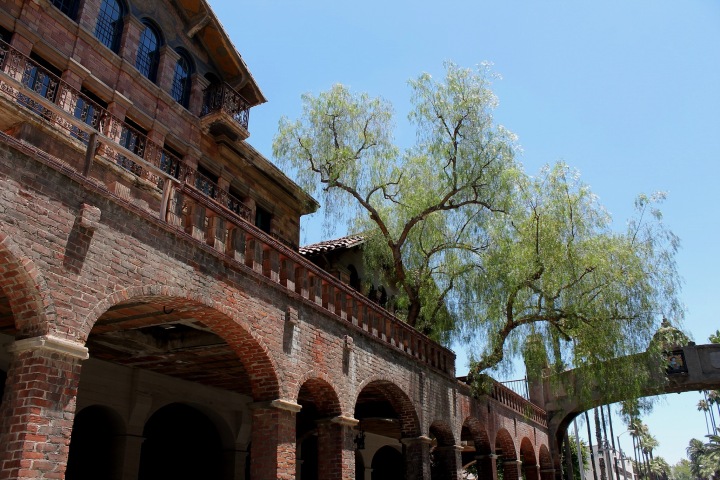 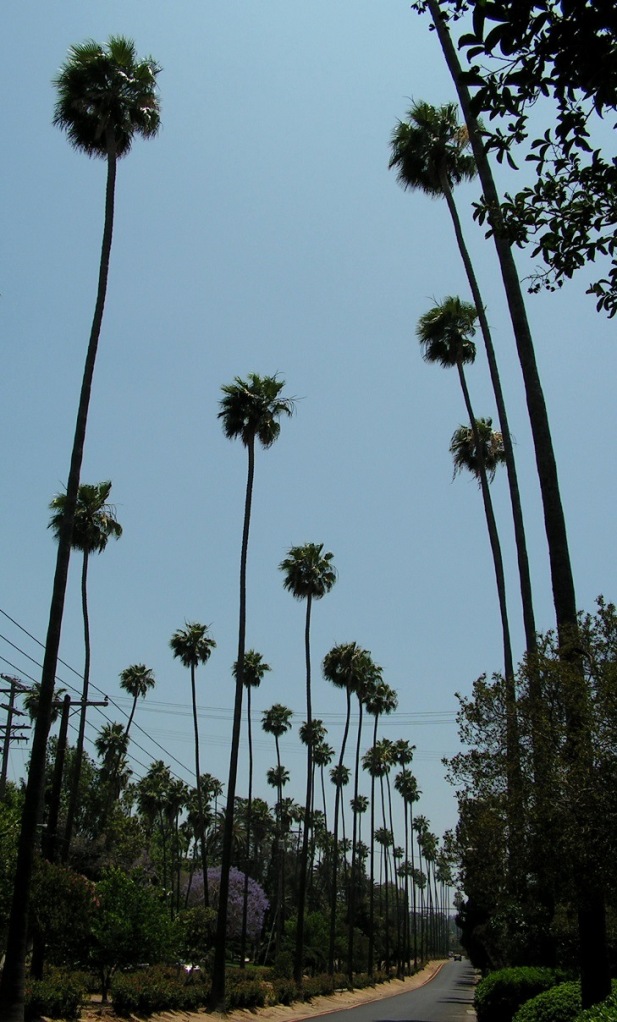 …Victoria Avenue.  I used to drive down this road to go to my high school (which is just out of the shot to the left).  Work is being done to put the electrical lines underground, thankfully.  I love this road.  Lots of memories here.  I have an orange crate label of this road which looks like this:

This picture was also used on the Warner Brothers record label for years, as in this example:

6 thoughts on “Riverside & the Mission Inn”