As promised, here are the pictures of the koi and water lily ponds at San Juan Capistrano…..but first…..
here’s a pic of my son, Joe, taking pictures of the ponds himself.

He took a series of shots as he walked around this one pond and sort of pasted them together.  I have no idea how he did it, but it looked pretty cool. 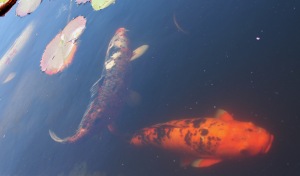 The koi were really neat ~ very large fish and so colorful.

These next few shots remind me of an Escher print.  Have you seen it?  It’s called “Three Worlds” and, as usual when it comes to Escher, it’s jaw dropping. 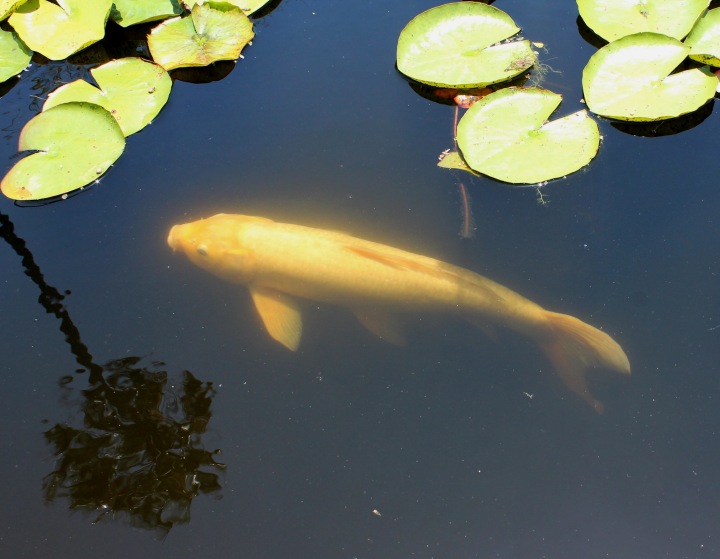 After umpteen attempts, I commented to Joe, “Geez, why do I keep trying to get a shot of just this one black fish?”  Joe replied, “Because Mom, it’s cool!”  Oh yeah…. right…..that’s it…..  It really was cool.  It looked sort of velveteen. 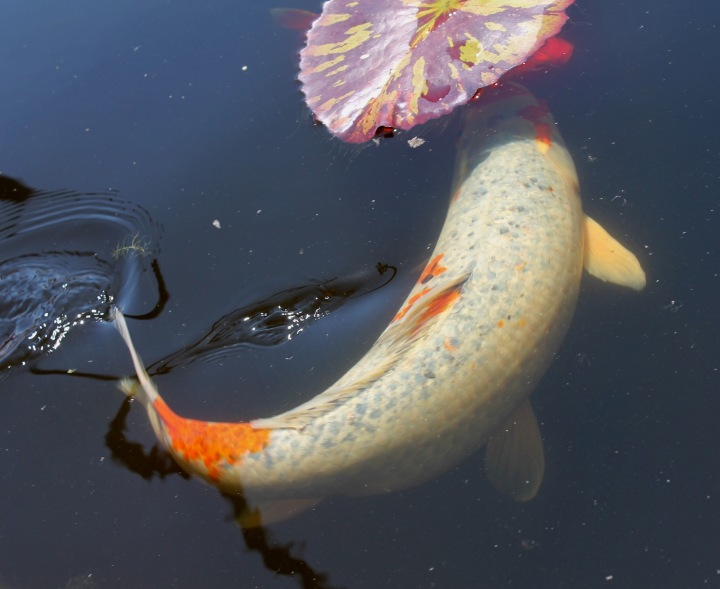 Not much I can say here, really.  The water lilies are quite capable of speaking for themselves. 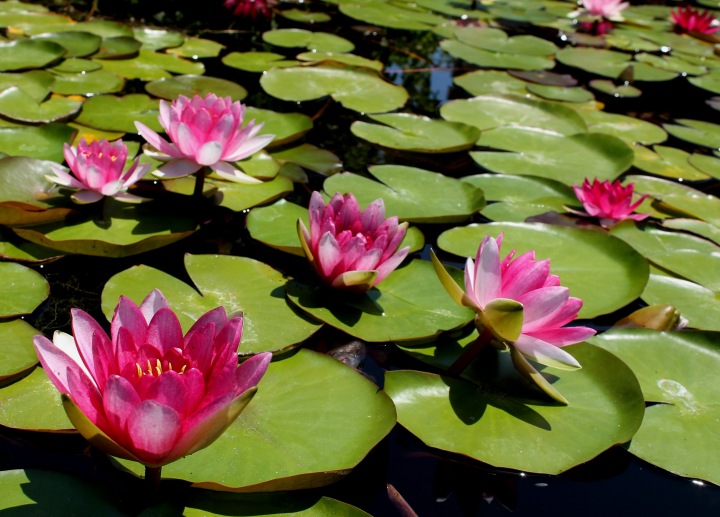 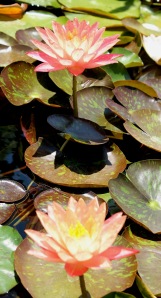 Even the leaves are pretty incredibly beautiful. 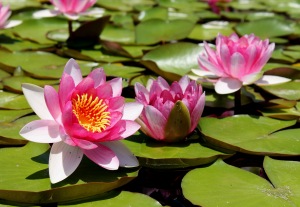