See the white spot in the middle of the picture?  It is an enormous white marble statue (a close-up of which you’ll see in a bit) of what every website I’ve found says is Buddha, but it looks a lot more like a Hindu goddess to me….  One website called it the “Lady Buddha”.  I just don’t know for sure.  If anyone can provide some clarification, please do. 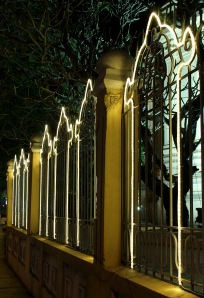 We arrived in the afternoon, walked from the airport and stopped at a café, looked at a map and saw that the ocean (which, of course, was where we wanted to stay) was just down the road a little way.  So, after our rest, we walked toward the beach.  It was a bit more of a hike than it appeared on the map, so by the time we were at the coast it was dark.  I didn’t take many pictures during that walk, but I did get this shot of a cool ‘fence’ that was lit up beautifully.  Da Nang really lights up the night, as you’ll see in upcoming pictures.   We were approached by a taxi driver and Mike (whose Vietnamese is just getting better and better) spoke with him and he took us basically exactly where we wanted to go.  Mike had read about a place called Hoa’s on the internet.  It is a great, great place near the beach for a really good breakfast (try the apple pancakes) and good company…..but the rooms…..er, well, maybe not so much.  So, we stayed at a place across the highway (an easy stroll to the beach) and here was our first morning view from the balcony.

←We stayed at Muoi Chau’s and it was very nice.

That first morning, there was a ceremony going on just below our balcony.  It was an offering for Tet.  The chanting was beautiful.  →

So, of course, the first place I wanted to go in the morning was the beach.  Here’s an abandoned house I saw along the way.  I’ll take it!  I could fix it up really nicely…..have a garden..

Here’s something else I saw along the way.  This old gas pump which is still in use. →

…and here’s the beach at Da Nang.

The very wonderful owner of our hotel was generous enough to loan us his motorbike (a few times, actually) so we rode up to Monkey Mountain to see the statue up close.  On the way, we stopped a few times along the coast.  Here a couple of men are setting out in their basket boat to get to their bigger boats from which they’ll do their fishing. 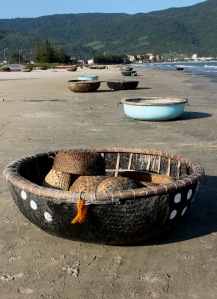 As I was taking these shots, a group of kids were attracted to Mike like bees to honey….or maybe it was the other way around.  These kids are just great ~ so much fun to be with.  Friendly, happy, funny…..

……curious about the Tay!

Can you say ‘adorable’? 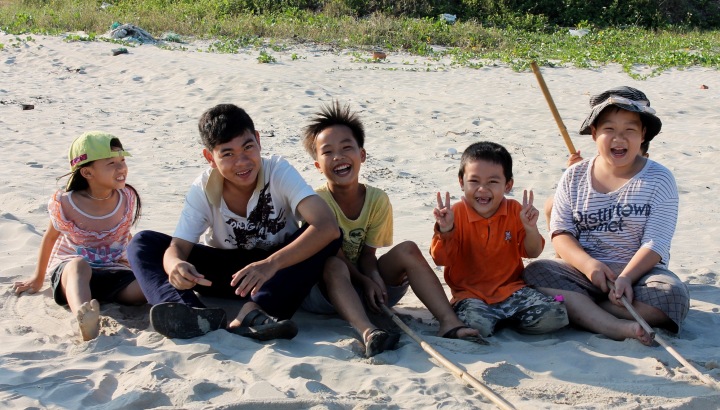 So, here’s the statue.  It’s hard to see from this picture, but it’s positively enormous.  How they got such a huge mass of marble to this place in one piece, I’ll never know.  Maybe they just dug into the mountain and carved away everything that didn’t look like the Buddha…..yeah, that’s it….

After stopping for a rest (all this fun vacation stuff is so tiring!) at a café with a nice view of the statue, it had got sort of chilly and we were getting hungry so we rode back down into town in search of food.  I guess we’ve unknowingly been spoiled by Ha Noi.  Here in Ha Noi, you can find a place to eat anywhere.  Really cheap, delicious street food on just about every corner.  It took us a while to find a place to eat but along the way, I took these pictures….

See what I meant about their ‘lighting up the night’?

I don’t know if it’s like this all year ’round in Da Nang or if they put up these lights just for Tet, but I’m sure glad they were up when we were there.  So pretty.

Here are a couple ‘from the back of the motorbike’ shots….. 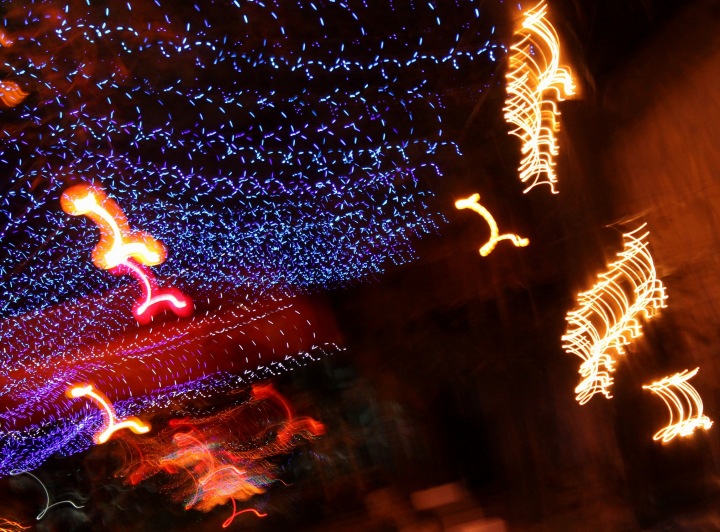 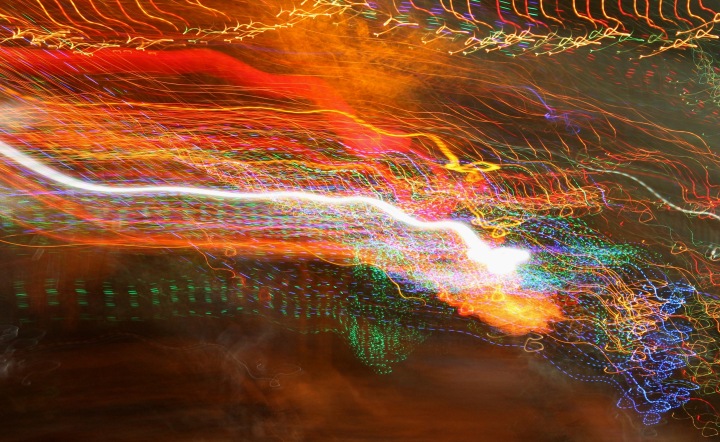 Fun, huh?!  Well, as I said, the people of Da Nang really light up the night sky, but the sun surely lights up the morning…..

← Critter tracks in the sand.

I was mesmerized with the way the waves left a small line of dark silt as they retreated from shore.  It was performance art→

Actually, while we were staying in Da Nang, we took a couple of day trips over to Hoi An, an enchanting place.  But I’ll save that for another post.  It’ll help avoid confusion…..primarily my own…..so, back to Da Nang….  One thing Da Nang is known for, in the United States anyway, is being the site of an army base during the war.  Much of that base appeared to still be there though we did not visit it.  We weren’t even sure we could.  But we rode by it one day and looking over the wall we could see old Quonset huts and what looked like hangars.  The buildings were pretty weather beaten but still looked serviceable.  It looked fairly deserted.  One funny thing, though is that every morning and midday we heard ‘Revelry’ played from a loudspeaker ….I guess maybe they never figured out how to turn the darn thing off! 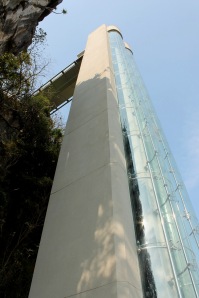 Right behind our hotel was Marble Mountain….and for some inconceivable reason, I never took a picture of it.  Anyway, it’s a pretty interesting place ~ it really is a marble mountain, honestly.  There is marble everywhere here.  People come from around the world (we saw ’em) to buy statues and such from the shops in this area.  Fortunately, there’s this really cool elevator which takes you up a chunk of the way.  There’s more than enough climbing to do once you get up there.

View from the elevator…→ 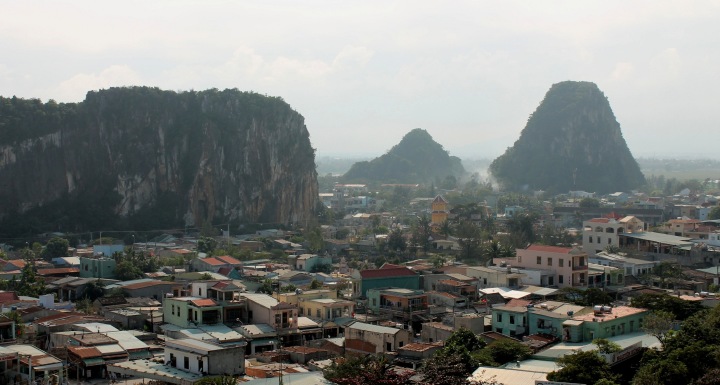 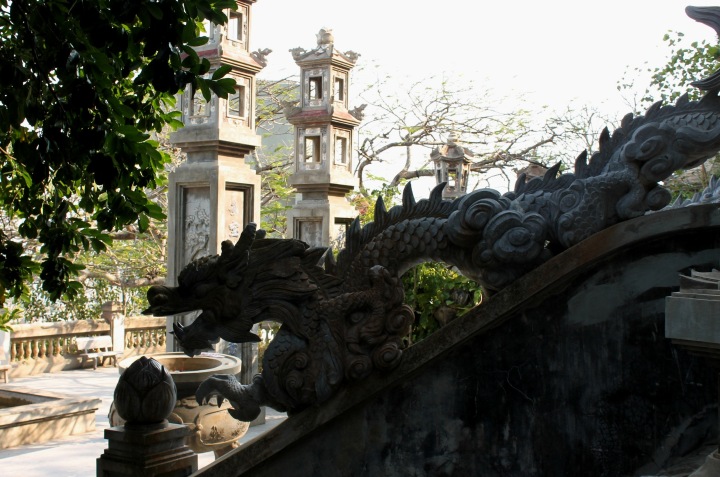 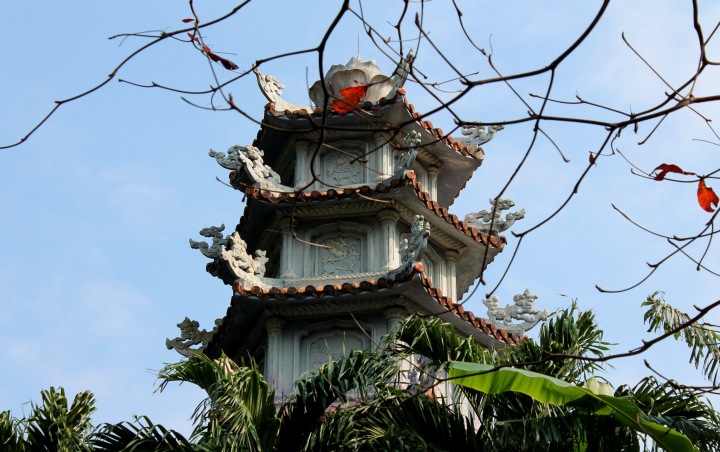 So, after walking up and down stairs all over the place, I stumbled upon this enormous cave that actually has a pagoda inside it…

It was very, very dark in the cave, but by upping the ISO on my camera (ha!  sounds like I know what I’m doing, doesn’t it?!) I was able to get a few good shots of the inside. This pagoda was honestly pretty good sized. 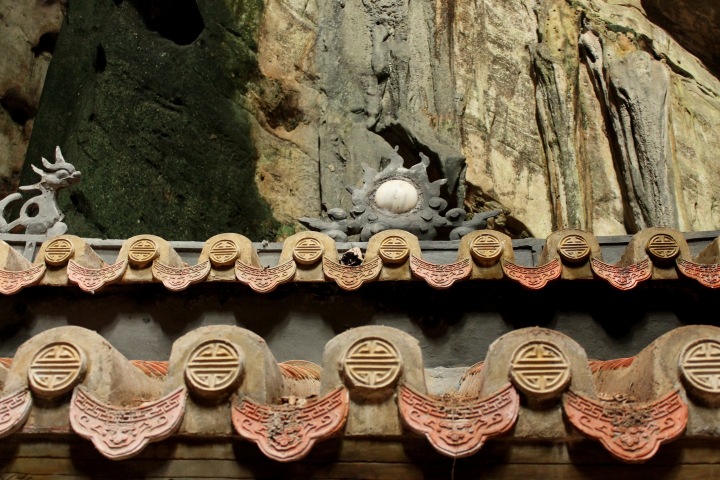 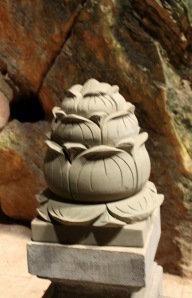 To the left is a finial (I guess you’d call it) in front of the pagoda.  To the right is the path just outside the cave.  Anyone who’s been to our house on Salem Street knows how much I appreciate the work that went into the making of it.  I really like the rectangular slab of concrete….I want it! 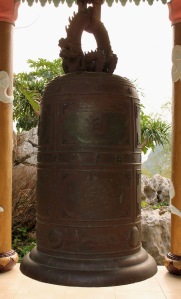 To the left is what I believe was housing for the monks that live on the mountain.  Nice. 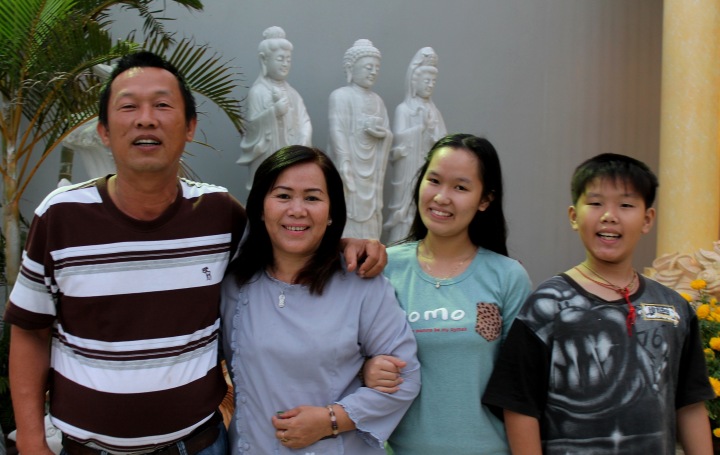 This is the lovely family that owns the hotel where we stayed.  That’s Muoi, his wife (and incredible cook) Chau and two of their delightful children.  They were incredibly accommodating.  In fact, on Tet Eve we went with them to the river in Da Nang and watched the fantastic firework display at midnight.  We all greeted each other with “Chuc Mung Nam Moi” (Happy New Year).  Then we rode over to the city center which was overflowing with flowers and stopped to have some coconut milk (which they treated us to).  From there we rode to their temple where they wanted to make New Year’s offerings.  We felt so fortunate and honored to be invited to this place.  It was incredibly crowded.  People from all around the area were there doing the same.  We were mostly outdoors, yet the air was heady with the smell of incense, candles burning, music playing loudly, people lighting more and more incense, talking and laughing, flowers everywhere……it all filled the senses to overflowing.  I guess it’s needless to say, I didn’t have my camera with me that night.  Sometimes you just want to have the experience, you know?  I think I’ll remember that night for as long as I live.  As we left the temple, we got separated from the family and weren’t quite sure how to get back to the hotel.  We hadn’t been to that part of town before and were ‘turned around’.  But our two heads worked through the confusion ~ we mind-melded and made our way back to the hotel!

Well, I guess that’s mostly our adventure in Da Nang……along with a whole lot of relaxing, stopping now and then for a ca phé or a bia, swimming in the ocean…..and getting super sunburnt!  So, finally here are a few random pics of this and that…. 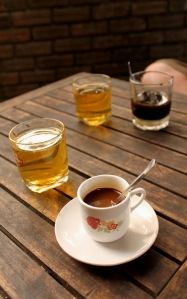 ←Mike likes his ca phé sua da, I like my sua nong. 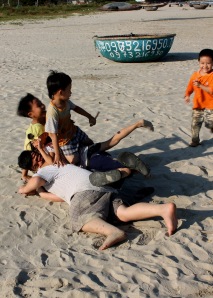 I love this picture!

It was so spontaneous.  I don’t know what they call it anywhere else, but in the States, we say, “Dog pile on…..whoever!” and everyone jumps on …..whoever!  Good, boisterous fun! 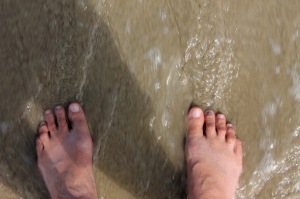 Here’s my obligatory “Photograph my feet in the ocean” shot…  I don’t know if you can see it, but the toenail on the second toe of my right foot (you know, the ‘Little Piggy that stayed home’?!) is purple…. from my foot jamming into the end of my boot walking down those steep, muddy hills in Sa Pa! 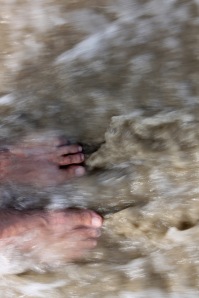 This was the first blue…no, turquoise …ocean I’d seen in Viet Nam. 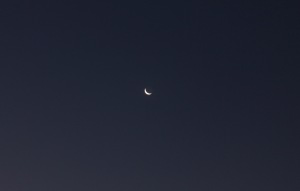 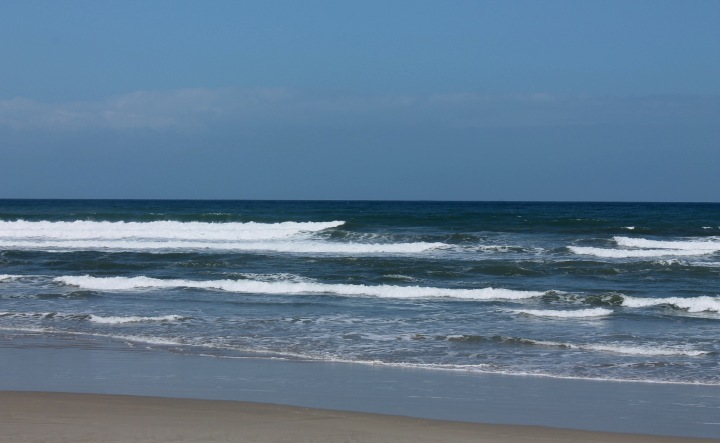