Hooray, I was able to go to Keo Pagoda this morning! It rained last night and I thought I may have another rain delay today, but fortunately that was not to be. In fact, it was one of the nicest days, weather-wise, I’ve experienced since I’ve been in Vietnam.  I met up with William, Lam and Lam’s friend, Lin (I’m sure I’m spelling their names wrong).  We motorbiked… well, Lam and Lin motorbiked, William and I rode on the back of the bikes… about 20 km to the pagoda.  The original pagoda was built on the site around 1100, but had been washed away by flooding from the nearby river.  It had been rebuilt once after, but washed away again.  The current structure was built around 1700 and is a work of art.  I haven’t been able to find out what type of wood it’s made from, but it’s very smooth and some of the posts are massive.  When you first approach the site, it doesn’t look like much, really.  It’s not until you go through the gates that you see the beautiful carving and structures.  But by then you’re so close, you can’t really get a shot of the whole building, if you see what I mean.  I think most shots of a building don’t come out looking very interesting, anyway.  How’s that go…?…”the devil’s in the detail!”

I won’t comment on every picture – there are quite a few.  Please do double click on the pictures – you can see so much more detail that way.   Here goes:

On the ride out, I asked to stop so I could take this pic.  I don’t take pictures like this often because they usually can’t capture the majesty of a sky like this…..and this pic really doesn’t do it justice, either.  I also don’t like to be that person on a road trip who’s constantly saying, “Stop!  I’ve got to take a picture!”  But I was that person this morning.  I was mesmerized by this sky.

The beautifully carved entrance gate….though we didn’t enter through it.  I think they keep it closed for preservation purposes.

Along the walk toward the pagoda is a small lake with mossy posts here and there…. 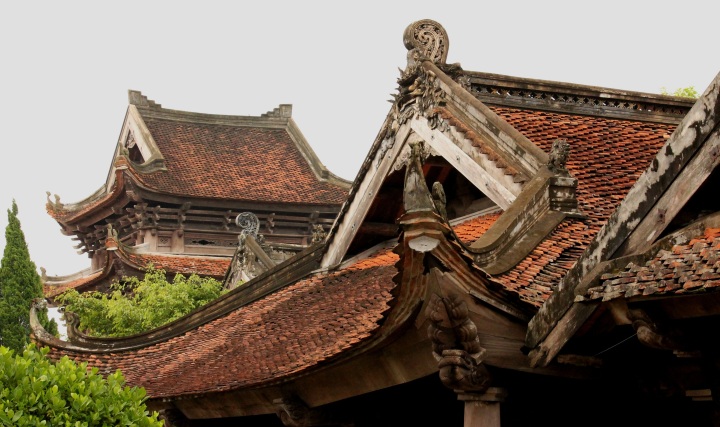 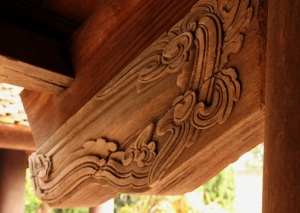 The carving is, well, see for yourself… 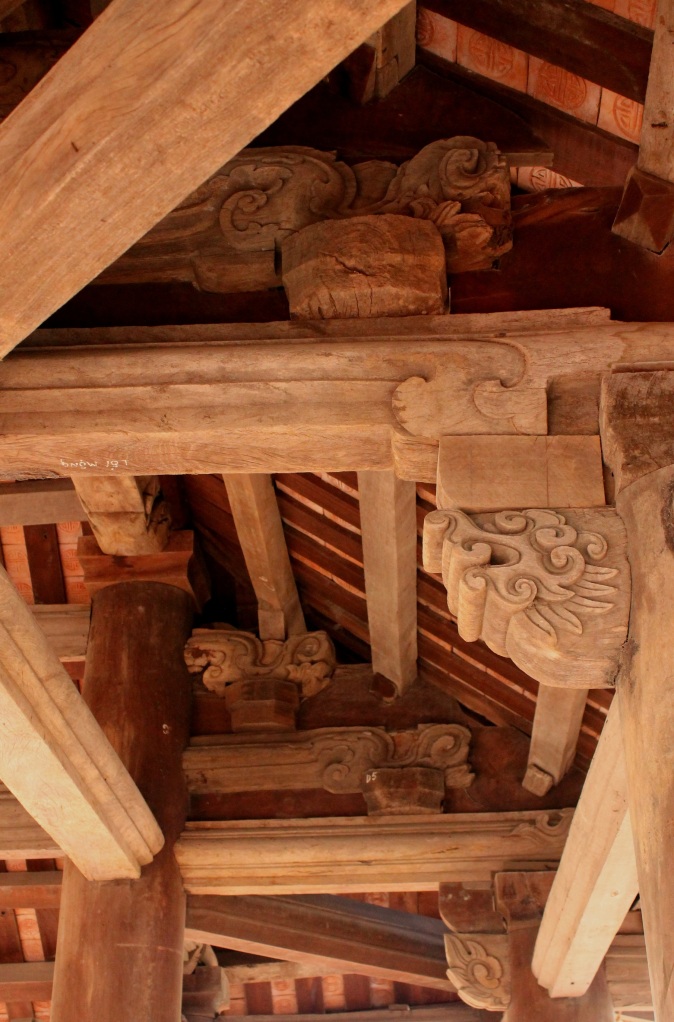 This reminds me of one of those wooden block puzzles.

I took lots of pics of the roofs.

There were a number of different structures surrounding a courtyard. 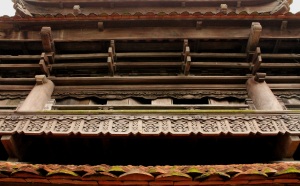 This is a close-up of an incense urn in front of one of the pagodas.  It smelled wonderful.

There was a funeral ceremony going on while we were there.  Drums and bells and singing…. eerily beautiful. 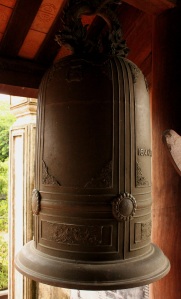 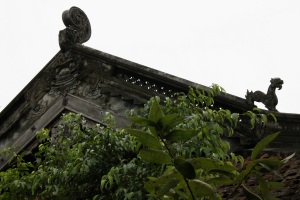 Because of the funeral and out of respect, I didn’t take many pictures of the inside of the pagoda.  But here are a couple of pics of an area away from the ceremony…..

At the left is a quite large sentry or guard near the entrance.   At the right is a huge coil of incense hanging from the ceiling.  It must have been at least five feet long from top to bottom…..that’s a LOT of incense! 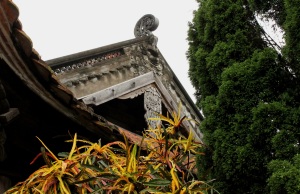 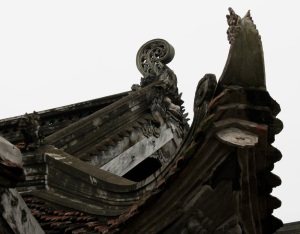 ….and what’s a pagoda roof without a satellite dish…..?

This is a bell tower.  I’m told there are three bells inside – the largest at the bottom, the smallest at the top.  Unfortunately the levels containing the bells were closed.  Maybe I’ll be able to make it back some time when it’s open.

These pics were taken from inside the bell tower at the bottom level. 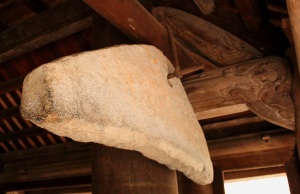 The odd looking thing on the right is a ‘balancing stone.’  Apparently the bell tower is leaning, so they’ve hung a counter-balance at the bottom level.  Lam gave me the example of the Tower of Pisa. (:

There are such beautiful butterflies here and, being butterflies, they’re rather difficult to capture in a picture, but I finally did it…..

…..here in the lovely courtyard. 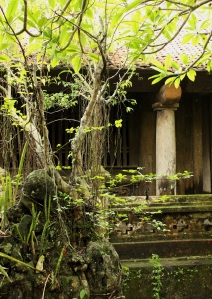 A quiet spot for contemplation.

On the way back, I decided to carry my camera in hand and take pictures while zooming down the road.  Here are a few of those shots:

To the left are water buffalo alongside the road….to the right is a baby buffalo sleeping on the road! 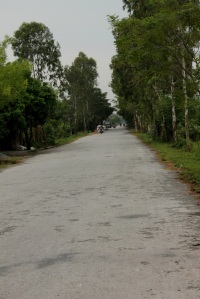 The man appeared to be watching someone fishing.

These little girls were adorable.  I love how the older one is barely big enough to pedal the bike!  As I sped by, our eyes met and we smiled and waved.

There had been a long line of kids biking their way to or from school (kids here go to school a LOT!) and I took pics all the way down the line….this one is my favorite.