As I mentioned in my last post, I spent a few days with Paul at his work.  Not only did I get to spend time hanging out with my kid (which was great), but I got to watch how he makes his guitars. During this time, he worked on ‘already started’ projects so I didn’t see any one particular guitar going through the entire process from slab-of-wood to finished product. But it really was fascinating to watch and I even got to help out a bit!  So, here are some pictures I took during those three days….not in any particular order…..

To the left are a few bodies waiting their turn.

The one in the middle at the right is headed to Italy when it’s finished!

I thought this was an interesting process.  Paul marks the guitar with pencil then feeds it through a planer which sands out the surface to a very even smoothness (Paul, if I describe anything poorly in this post, please feel free to correct me!).  The pencil markings let him know how much has been sanded off.  When all the pencil markings are gone, he knows the surface is perfectly flat.  So, here he’s marking it…. 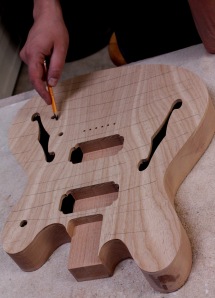 ….and here ↓ is the result after one or two pass throughs….is that a word?

As cool as that machine is, what’s even cooler is that Paul does a huge amount of the work by hand.

Above is a neck just after having the fret dots glued and hammered in (splat!) and to the right is Paul modeling an apron I’d made for him years ago….

….he needs an apron when he’s gluing the binding onto the guitar.  Here ↓ he’s taping the edge first….

…and here ↓ he’s gluing the binding on. 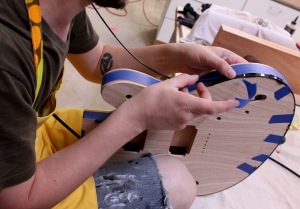 Once the binding is on, he rubber bands the bejeezus out of it until the glue dries!

Here ↓ he’s prepared a lacquer and dye mixture to spray some color onto a guitar…. 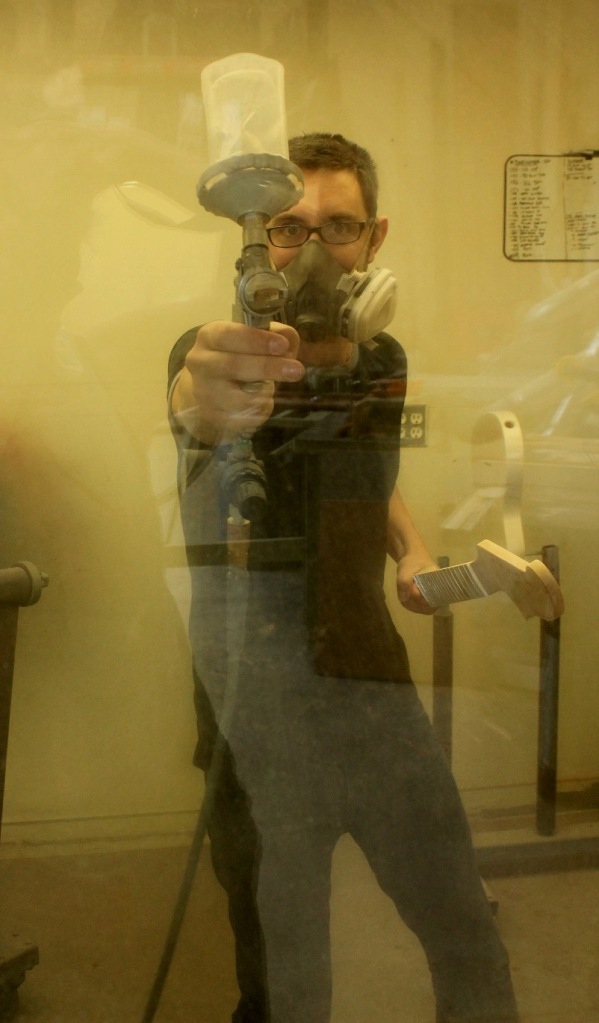 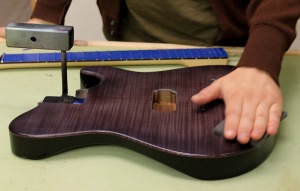 Here’s that guitar after a spraying or two….. →

Paul is showing me how he buffs out the guitars after all the sanding and spraying is done.  It’s the very last step along with some hand polishing.  It’s sort of tricky ~ it’s a very fast wheel and can grab on to the guitar and pretty much rip it right out of your hands.  He let me try it on a relatively flat surface…..

…..but mostly I stuck to helping him wet sand a few guitars.

It was nice to be able to help out even if just a little bit.
Here are a few more pics of unfinished…. 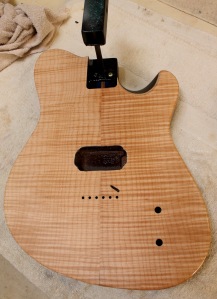 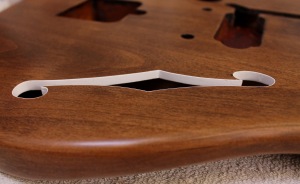 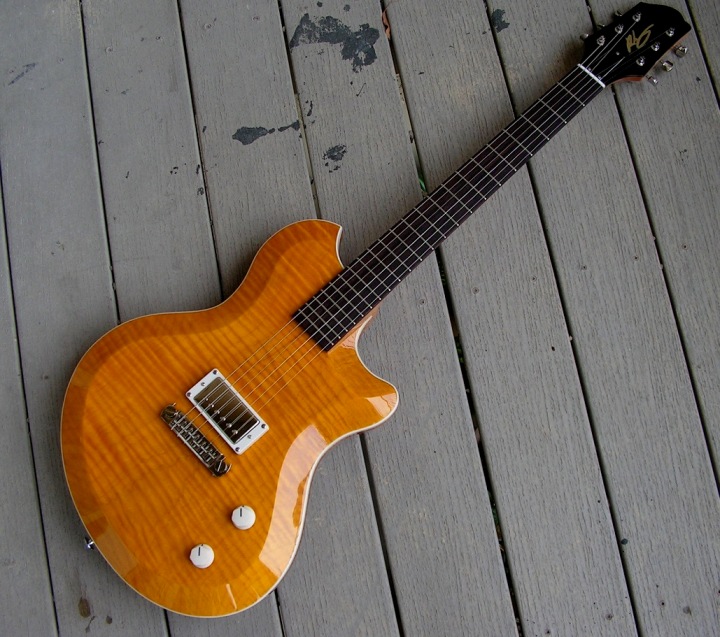 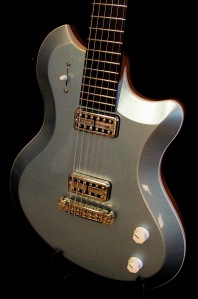 What can I say…..they’re incredibly beautiful and he’s incredibly talented….. and to see more of his guitars, visit paulrhoneyguitars.com

Also, check this out…