One of the places most people want to see when coming to Buenos Aires, touristy or not, is La Boca. It’s beautifully colorful. I recommend going on a weekday, as early in the morning as you can. It’s cooler and the crowds aren’t bad. In fact, by the time I had walked around a few hours, the crowds were just getting started. Of course, I’m an early-riser, anyway. 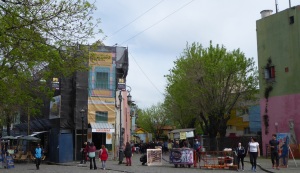 The one building that most people think of if they have an image in mind of La Boca, is the building at the left side of this picture – the flat-iron shaped building ….that’s covered with scaffolding and screening and advertisements. It’s being renovated. Sigh. Ah well, I saw plenty of other pretty sights. 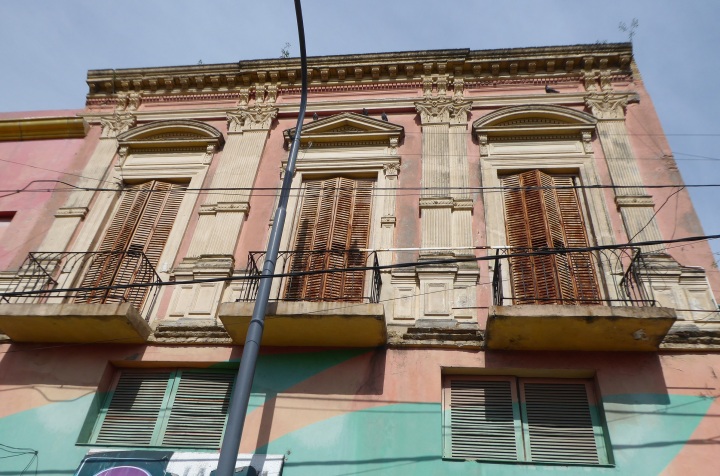 When I was a little girl, I was fortunate enough to have lived in Greece for three years. During that time, my family lived in two different houses. The first house (a mansion by U.S. standards) had balconies all around. I’d never seen a balcony before and was captivated by them. You could be inside and outside at the same time – amazing! I’ve loved them ever since. My dream home will be made of balconies and old doors. I’m not sure how I’ll manage it, but I’ll figure something out. 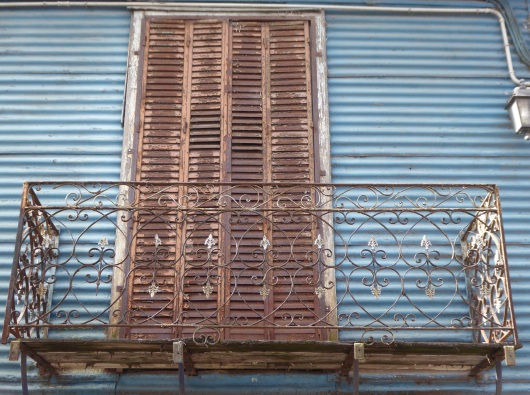 I’ll take one of each. 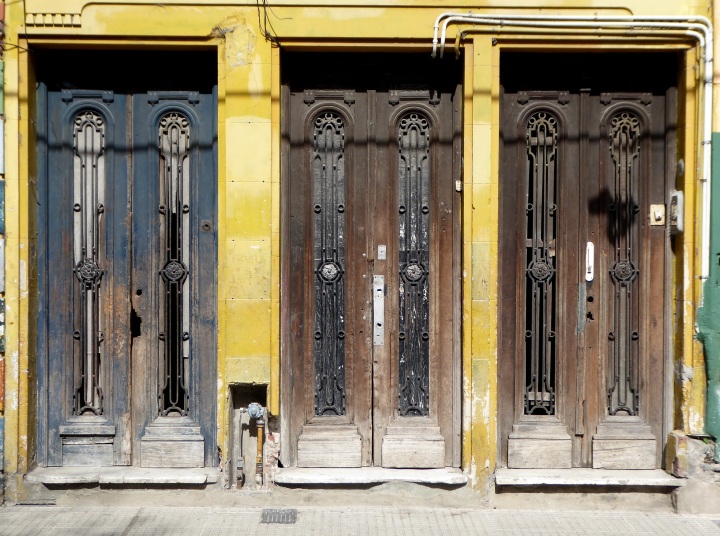 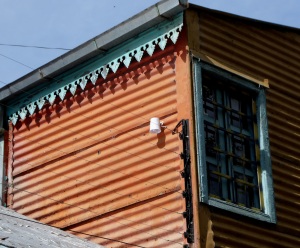 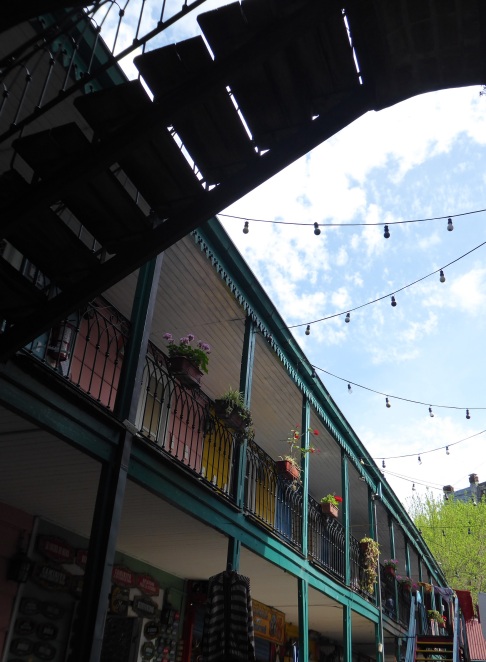 When I saw this tiny little rooftop dwelling, I thought, “Oh! Gimme, gimme, gimme!!! I’ll take it and fix it up so nice! It’s all I need!” 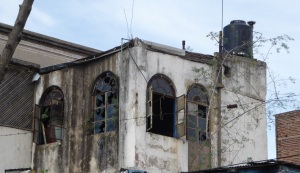 I love the fern growing from the inside out. Look at those gorgeous arched windows.
Oh, I want it! 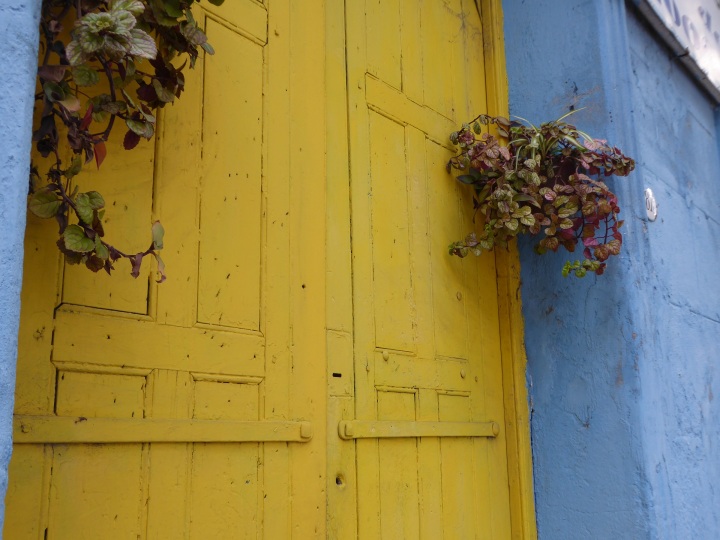 Even the rust has a beautiful patina. 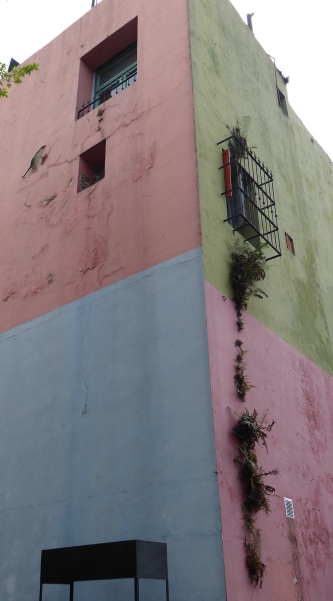 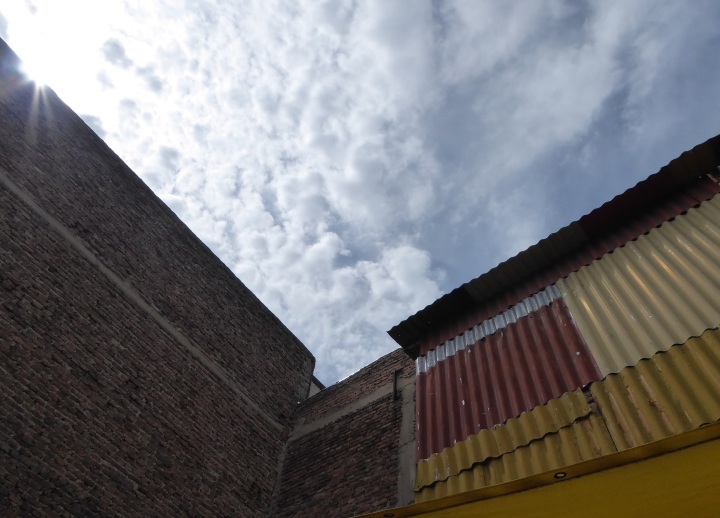 I swear those clouds are still moving.