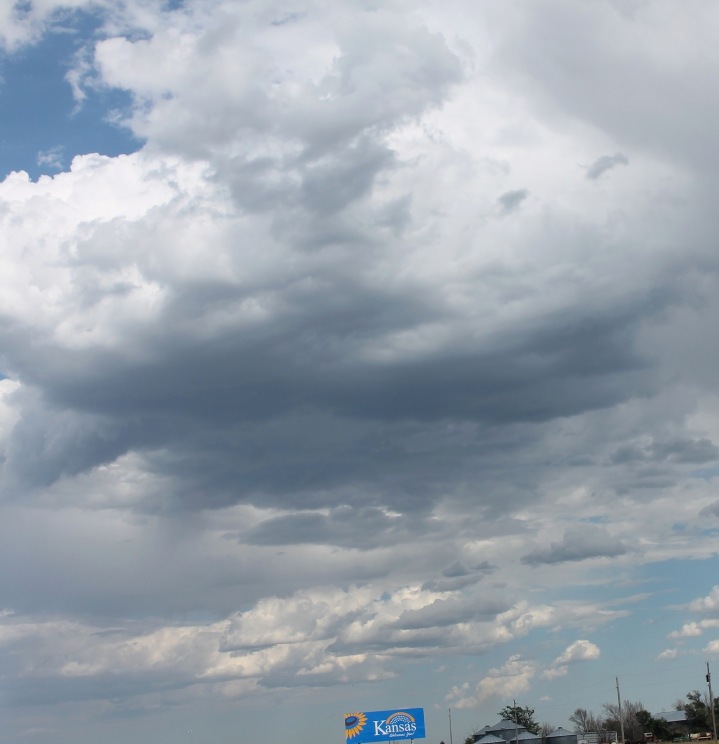 From my scribblings:
“As I sit here in Murphy with her windows open and feel the cooling breeze, listening to the rain falling hard on her roof, I am content.
I’m in Kansas and it would appear a tornado is in the works.  But, probably not.  I assume it’s that because I’m a Californian and this is Kansas, there’ll automatically be a tornado.  I don’t know, though. The wind is shaking Murphy  like crazy and there’s thunder and lightning everywhere.  Pretty intense.”
Maybe because I was expecting (from what people had told me about driving through Kansas) to be bored out of my mind that I was pleasantly surprised.  All that ever came to mind when I thought of Kansas were: Dorothy and her adventures in Oz; the Clutter family; and flat.  I mean, FLAT.  Flat iron flat.  But it’s not really that flat.  It does have little semi-rolly uppy downy bits.  The occasional slope.  Okay, it’s pretty damned flat, but I still liked it.  I thought it was pretty.

Here is a view from the campground where I stayed in Goodland, Kansas.  See that pointy bit of cloud?  I thought for sure it was forming into a tornado.  Okay, yes, I was a little paranoid about it….. 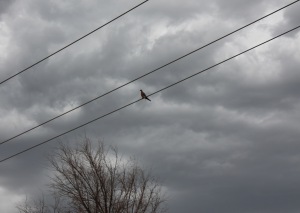 …but the meadowlarks seemed to have no worries.  I couldn’t get a closer picture of one, but my gosh, they have a beautiful song.

The following morning, before heading down the road, I swung back through town to get a picture of this: 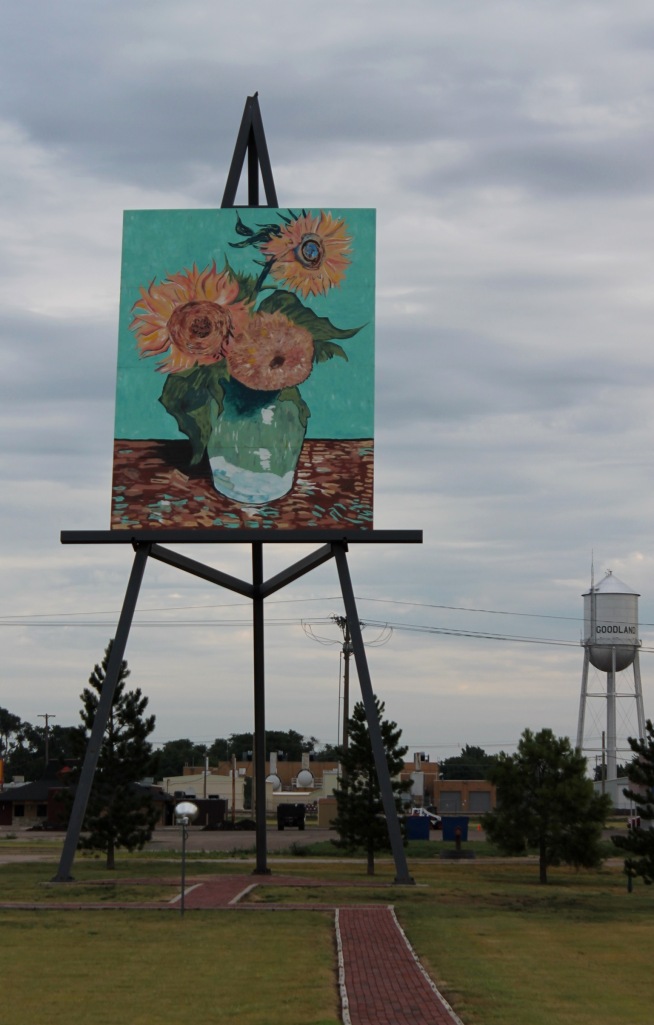 Another travel companion (camera was at an angle, not the ground!). ↓

The wind along this highway (Highway 70, which they’ve nicknamed “Kansas’ Main Street” since it runs all the way through the north/middle of the state) is crazy.   Huge, gusting winds.  Especially disturbing when you’re driving a big box like Murphy.  I mean, when you look at Murphy, the first word that comes to mind is not going to be ‘Aerodynamic.’  Sorry, Murphy, but you know it’s true.

Driving toward this storm, I felt like I may be entering the maw of hell or something.  I kept asking myself if maybe I should pull over….?  Of course, I didn’t.  Eventually, though, there came a point when I found a little roadside cafe and I did stop for a while.  The intensity of the storm became overwhelming.  Lightning and thunder occurring simultaneously (and you know what that means), wind gusting like crazy.  I just needed a break.  But, then on to Topeka….

…the state capital, where sits the capitol building and….

….where there are still a few cobblestone streets.  Very pretty.

See?  Kansas is pretty.  I (and I think, everyone else) exaggerate about the flatness of Kansas.  Eastern Kansas has more rolling hills, though I apparently didn’t get any pictures of it.  Hhhhmmm, no evidence. 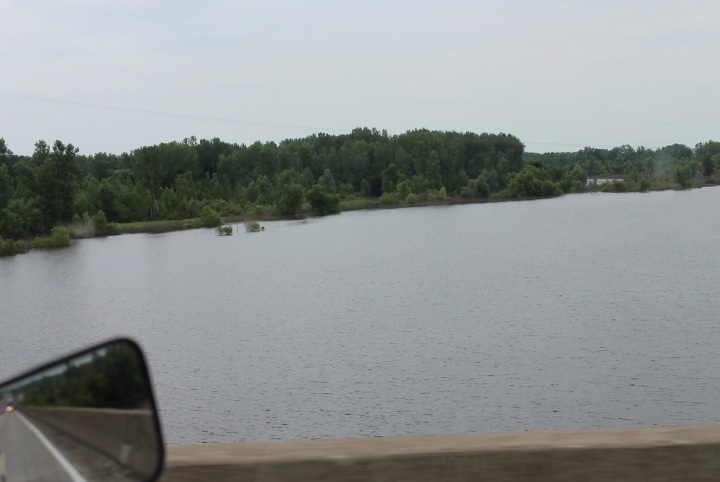 Here, I’m crossing the Missouri River as I drive from Kansas City, Kansas to Kansas City, Missouri.  ♫ ‘…across the wide Missouri….’ ♪

More from my travel journal notes:

“7/25/2015 – I hardly slept at all last night (in Goodland). Had a monstrous sinus attack. Nose swelled up with snot in about 15 minutes. Developed a sinus headache. Just didn’t sleep. Got up early and took a shower. Had watched and listened to lightning/thunder all night. Wanted to make it to Salina because it looked like a good distance to try for. Thunder and lightning storm on the way there. Super intense. Lightning and thunder occurring simultaneously. Wind like crazy. Rain so hard I could barely see the road. Pulled into a small cafe to wait it out. Nice Christmas decorations there…..

Couldn’t find Salina apart from the highway offramp gas stations. I asked a girl how to get there and she said to take such and such a road….I don’t know how far down that road Salina was, but I gave up on it. So, I thought I would try for Topeka. Windy, gusty all the way. Rainstorm so strong people (including me) were pulling over on the highway. Rain falling so hard you couldn’t see more than 15 – 20 feet ahead of you. Made it to Topeka. Hot. Humid. Finally found a Wal Mart. Had hoped to sleep there, but there was this security guard eying me suspiciously in the parking lot and I didn’t think I’d be able to stay. Weird vibe in Topeka. So, I drove on to Kansas City and tried to find some place there, but got hopelessly lost. Interesting looking city, though. Got back on the highway and finally saw a Starbucks sign outside of Independence, Missouri. Pulled off the highway and there was a Wal Mart, too. Score! Anyway, I’m ridiculously tired. Need to get back to the van and set it up. Then maybe get into Wal Mart with a washcloth because I’m sticky with sweat from the unbelievable humidity. Yuk.”

I include my personal notes here because all this happened in such a short period of time, it’s all a blur in my mind and my pictures are limited.

I don’t think I’ve ever been at a crossroads like this of so many big cities. 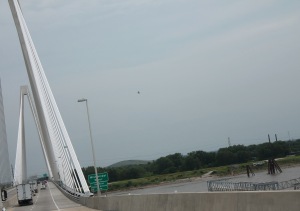 And the ♪ ‘Mighty Mississip.’ ♫ 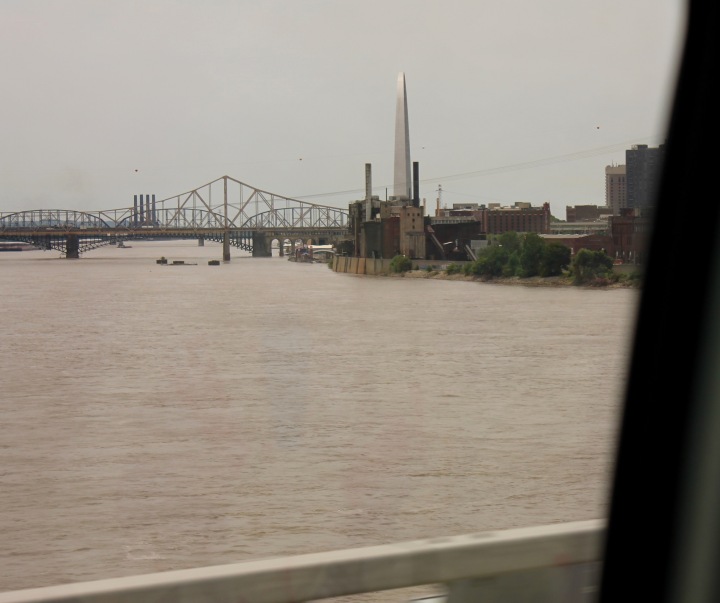 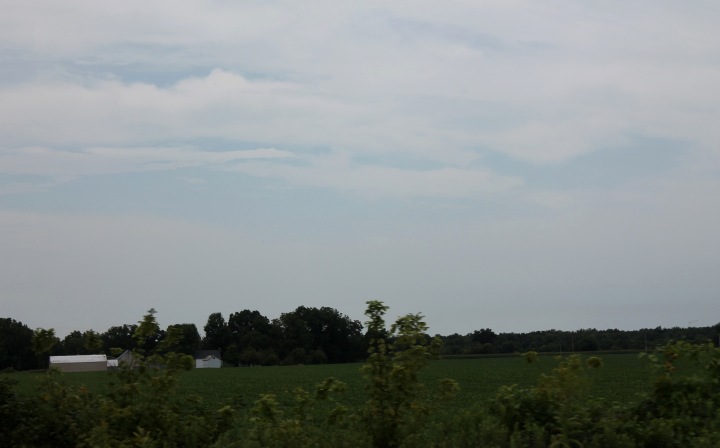 Sunset in Illinois.  I stayed the night in sweltering, humid heat in a grocery store parking lot.  Checked out an old cemetery across the street.  I don’t know – I just like old cemeteries.  It was something to do – get a little walking time amidst all the driving.

Lots of rain.  Lots of sweltering heat.  Wish they could send some of this rain to California. 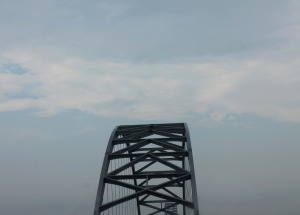 Crossing the Ohio River into Kentucky.

Kentucky, as I said, is very green, but it’s also very… 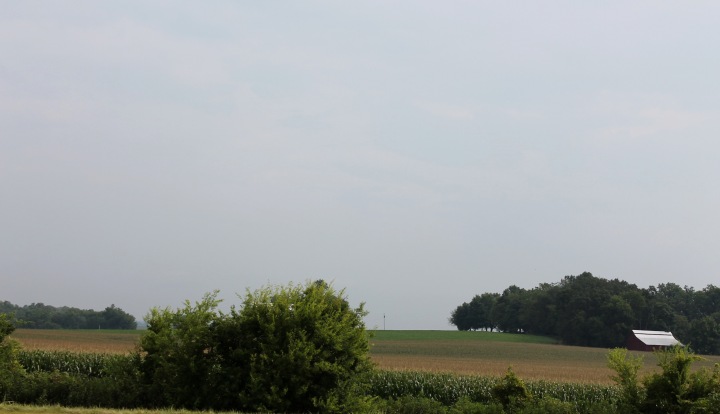 On July 26th I realized it had been a month since I’d left Salinas.  Hard to believe.  It felt like it had to have been at least two months.  So much has happened.  I spent two and a half weeks at my sister’s alone.

By this time, I just wanted to get to Asheville.  Really feeling road weary and, knowing that I’d be on the road again with my granddaughter soon, I felt I could see some of the sights in more depth next time through.  There was an incredible amount of road construction in Nashville, Tennessee, so I skirted the city as best I could, but I would love to go back through (maybe when it’s not so hot) and see the Grand Ole Opry and more.  I ‘slept’ in a parking lot in a town just east of Nashville.  I say ‘slept’ because what I really did was just swelter lethargically.  But anyway, on into North Carolina.

I crossed the Appalachians by way of the Great Smokey Mountains which I hope to explore much more, so I won’t include my not-so-great pictures of it here, opting for better pictures in the future. 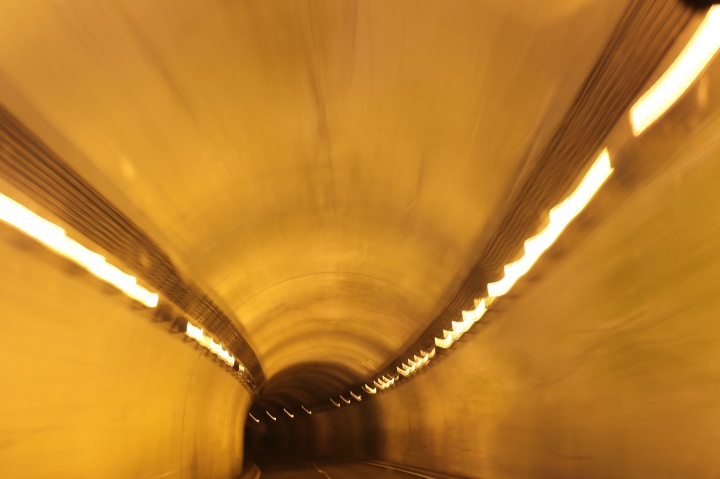 I’m in Asheville now at my daughter’s house and will be staying for a few weeks.  Éva (my granddaughter whom you’ll meet soon) took me around town a little bit and I am absolutely loving this city.  Can’t wait to see more.  (: