I haven’t written in a few days because the Artograph Projector arrived in the mail and I’ve been so excited about being able to continue with the project, I haven’t stopped working on it.  But, I’ve taken pictures along the way to share with you.   Here’s the progress:

After having impatiently waited for nightfall, I closed the blinds and shut the door to my room to eliminate as much outside light as possible.  With the projector sitting on a stack of old suitcases and one of the 4’x4′ panels leaning (as perpendicular to the floor as I could get it) against the wall, I turned the lights off and the projector on (with my drawing in place under it) and there was my drawing projected onto the panel.  It was so cool!

Now, I think because the panel is green and my drawing is on less than pristine white paper (plus it had got a bit smudged), it was a little more difficult to see than it might have been otherwise.   But, once my eyes adjusted to the dark, I sat on the floor and – keeping my own shadow out of the way – I started tracing with a white pencil.  And it seems to have worked pretty well.  See?: 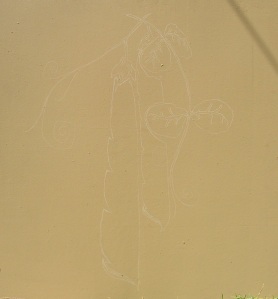 Actually, it is a little difficult to see in this picture, but it’s there!  I took this pic outside the next morning.

With the outline in place, it’s pretty much paint-by-numbers…..except the only number is #1 – white.  Here I am later that day (3 days ago) in the back yard, filling in the spaces.  Just trying to “stay in the lines”!

Actually, there is still some artistic freedom at this point.  I found I needed/wanted to adjust a line here and there…..to maybe fill out an area a bit more.  But overall, I’ve stayed pretty true to the original drawing. 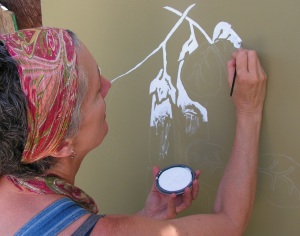 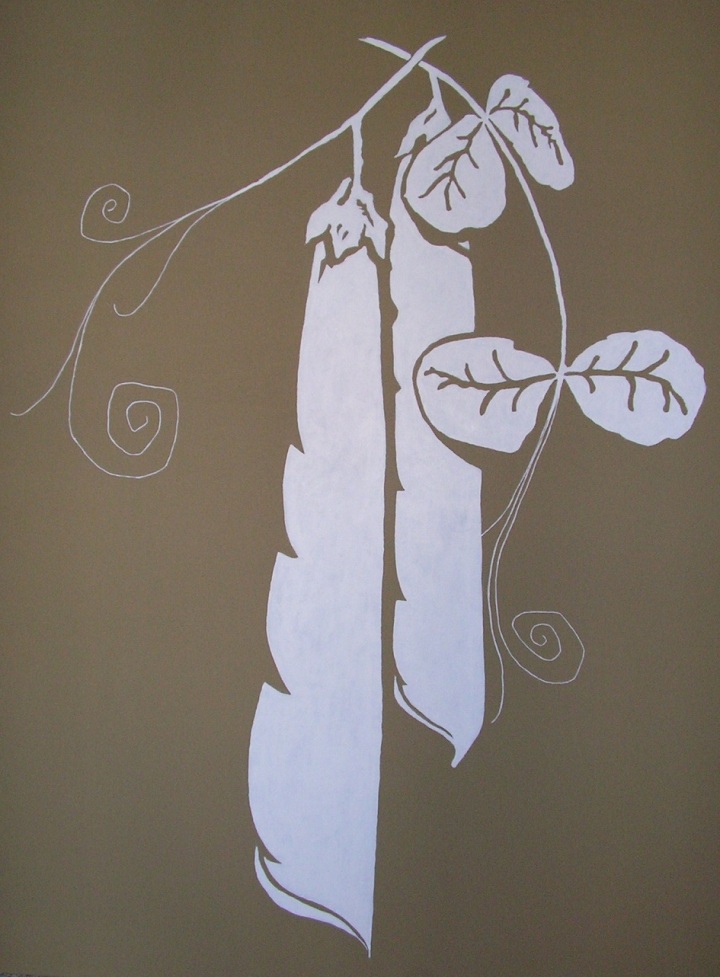 Well, almost voilà…  Actually, I still have to complete a part of one of the curlicues.  Because one of the the curlicues curls back onto the white, I will have to paint it on with the green paint….and that’s up at Mike’s house.  I should be going up there later today, so hopefully I’ll get it done then.  We’re hoping to put it up on the fence this weekend, too.

Yay!  Can’t wait to get started on the next one.